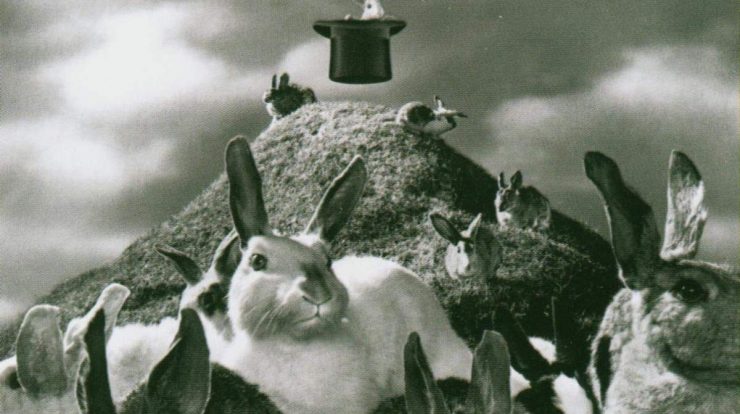 One of the most memorable and happy moments of my life was the one in which I realized magic isn’t real.

The late Christopher Hitchens reminded us of David Hume’s definition of a miracle — a suspension of the laws of nature. He added that many are often more keen to believe in miracles that are in their favor or that they approve of. He also asserted that no miracle has therefore ever occurred, testimonials notwithstanding, because of this principle — not because of the fact that it is in your favor but because it is a suspension of the laws of nature. Simply put, that’s not how that works. The laws of nature are just that, and do not bend for us, let alone break.

Humans are vulnerable to magical thinking irrespective of political philosophy. But the liberal, ostensibly, is not to take the intellectual shortcuts that others have. To make a better world, we must understand how this one works, how it has come to be how it is, and only thereby we can know how it might be improved.

But magical thinking abounds in civilized society. You’ve heard it any time you’ve heard someone say that something “just happened.” In psychology and therapy, magical thinking is the idea that your mere thoughts can affect the world. You wish for a pony; one appears. You dream of getting a promotion and, lo and behold, promoted you are! But of course, this is confirmation bias. You are paying attention to these things because you are thinking about them, and take note of them where you otherwise wouldn’t. You have driven by that pony countless times on your way to work and never noticed it. For that matter, you’re only thinking about promotion because your boss has been dropping not-so-subtle hints that you haven’t picked up on but your brain has.

Magical thinking is more pernicious than mere equestrian fantasies, however. It’s the heuristic of thought that leads you to conclude that poor people are inherently less moral because they commit more crimes, do more drugs, or whatever. Not only is there questionable evidence that that’s true, it relies on magic to bridge the gap. Why are poor people so immoral? “They’re just like that.” It’s just how they are. It’s the same underlying assumption that responds to higher rates of violence amongst black and Aboriginal people in Canada by saying, “I guess they’re just more violent than white people, because that’s just how they are.”

More broadly, what I’m calling a belief in magic is approximately an extension of the idea that causal relationships are not required for events to take place. Things can simply happen, or simply be the case. But even if the explanation isn’t particularly satisfying, one is nevertheless required.

“That’s just how they are,” isn’t an explanation. It’s a surrender to any number of things, laziness the least concerning among them. Jingoism, racism, and other such nonsense are easy to fall back on and are natural consequences of magical thinking.

Conspiracy theories are also magical thinking. In that way, conspiracies can be easy to identify, simply by asking: Is any magic required for this theory to be correct? Whether it’s the belief that former U.S. president Barack Obama is either a Muslim or a Kenyan (or both!) or that the Illuminati run the world from the shadows, a good litmus test for a conspiracy theory is: Are we asking the laws of nature to bend or break for this to be true? Or, in other words, would it require a miracle for this theory to be completely valid?

But that some ideas are more mainstream is no defense against them being fundamentally magical. Plenty of people believe in psychics, Bigfoot, healing crystals, or The Secret. But all of them require that something simply be the case. There’s no particular reason you should be able to send your thoughts out into the universe and have them come true; that some sort of primeval ape should be running about the hills bothering photographers; or, that for $4.99 an hour, an art-school dropout should be able to tell you your future. If the only explanation for something is that it simply is so, it’s magic.

A more surprising example: Common sense. Thomas Paine’s foundational work is an exception because it uses the term in a different way: The idea is that we can leverage sense and reason common to us all. But modernity has done to the idea of common sense as pure breeding has done to dogs. Common sense is most often now someone else’s idea of what you should know, or an excuse for adults to say “because I say so,” to other adults. If someone suggests to you that something is “just common sense,” but can’t follow up with a cogent explanation as to why, it’s not common sense. It’s magic. It’s just an assumption made by someone uncomfortable with the idea of being wrong.

“So what?” you might say. “Maybe I do rely on magical thinking sometimes. But I don’t have time to think about everything.” And that’s true. Time and strength are both limited.

But magical thinking traps us. It’s the underlying system that tells us that people today are lazier, smarter, stupider, or any other different way than people in the past were. It tells us that the people who are homeless today are homeless because that’s how they are, that’s how they were made, that that’s all they can be. It’s the voice that says, “oh,” when you learn most people who are homeless have some experience with mental illness. It tells us that we’re lazier than we used to be because people in the past accomplished so much and had so many practical skills, ignoring how modern humans accomplish things our ancestors just 200 years ago couldn’t do in a lifetime.

And whether we believe in magic or not, it doesn’t work. Our choice is not whether to engage with the world or not, but how effectively we do so.

I said at the beginning of this that it was one of the happiest moments when I realized magic wasn’t real, not just a memorable moment. That might have sounded odd. Magic being real would be, well, magical. Anything could happen!

Indeed it could, for any reason at all. But it can’t. Things happen for reasons, even if those reasons are unsatisfying. Magic not existing means the world is comprehensible, at least in theory. Anything that has ever happened or will ever happen is at least theoretically understandable. This is a good thing, and an encouraging thing. You can understand the world. If things go badly for you, you can understand why. If they go well, you can understand that too. Knowledge is power: Because the world works in rational ways, broadly speaking, that means you can affect it predictably. You have agency in a world without magic.

The world is imperfect, and the modern world has its own problems unimagined in yesteryear. But just as they weren’t created by magic, they won’t be solved by magic or magical thinking.

Featured image is album cover artwork from the music album “Presto” by Rush.