Home Thoughts and Musings Conservative by Nature, Liberal by Choice 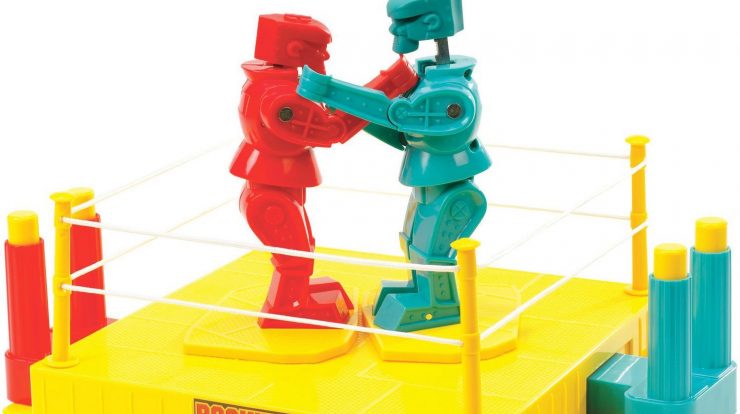 You’re a conservative at heart. Or, at least, there’s one crouching on your shoulder. This isn’t a pejorative, by the way, or a hallucination. It’s not a judgement or shame. It’s an observation.

Things we traditionally associate with conservatism are natural human behaviors and emergent ideologies. It’s natural to be conservative, and more conservative the older you get.

This is the eternal struggle of the liberal. Not against human nature per se; that’s too grandiose, and humans are not conservative in our “human nature,” such as it is. Rather, conservative tendencies are emergent properties of how our brains instinctively assess risk, and ones that someone who owes their allegiance to reason, rather than instinct, must continuously struggle against.

But I’m ahead of myself. First, where do I get off suggesting that people, in general, are conservative by nature?

Let’s start with the idea that conservatism is inherently a “pumping of the brakes,” so to speak, against change. Someone who identifies as a conservative may say they’re attempting to preserve what works and are opposed to change for its own sake; someone who does not identify as conservative might say that the old codger from before is one who only opposes and never supports new ideas. Either way, the world itself, conservative, means one who conserves.

Many like to think of humans as rational agents, ones who observe phenomena, weigh them, and make choices based on the individual merits of the options available1. This is not the case. Humans often behave like irrational agents because we possess biases. Now, biases themselves are not necessarily inherently irrational. Often they’re shortcuts that are more efficient and accurate than reasoning — shortcuts around thinking that usually work but can go badly wrong when they don’t.

An example of particular relevance for us is status quo bias, well-outlined here. Given two options, to change something or leave things as they are, most people err towards leaving them as they are. That’s because change introduces risk that we perceive not to have existed previously. What we have clearly works, because we exist. Why take the chance on the devil you don’t know?

Of course, this can lead us to profoundly irrational conclusions. It’s the line of thinking that leads people to superficial conclusions like vaccines being unnecessary, that people get sick more often now than they used to, and I’ve even heard it suggested that children get sick much more often now than they used to, the author citing his rural schoolhouse that always seemed well-populated with his peers.

But, as most of us (hopefully) know, vaccines are tremendously effective at reducing child mortality, even against other diseases than they directly protect against. There’s simply no good reason to think people get sick any more than they used to, at least not because of individual factors. And infant mortality, at least in Canada, has been on a steady and significant decline for some time.

It seems reasonable to me that humans attempt to limit their options at any given time. The fewer options there are to choose from, the easier the choosing process. In an ideal world, there would be only one option; the right one. But we, of course, don’t live in an ideal world. We live in a real world, one with limitations.

Two of the most important limitations are time and energy. They are our most valuable resources, and they are finite. Both are limiting; if you have one, you are nevertheless incapable of action without the other. A dead body has plenty of energy, but now it belongs to the bacteria, and a person ground down by chronic or terminal illness may yet live, though only technically.

With those limitations in mind, shortcuts around thinking are useful, when and if we can develop them. If every time you’re walking to work, the bus climbs up on the sidewalk for a few feet, you’re better served simply adjusting your route to not step on that part of the sidewalk, rather than sussing out and assessing whether the bus will again do that today, based on how fast it’s going and its trajectory. That’s wasted time and energy, and you gain more changing your route than you lose from the times you could walk that route because the bus driver is on break and his much more cautious replacement sticks to driving on the road.

With limitations on time and energy, that leads us naturally to attempt to minimize the actions we take at any given time. Therein lies our bias towards “pumping the breaks.” Save your energy, if at all possible, because you only have so much in the end. Save your time from working on fruitless tasks, because you will run out one day.

But maybe then you take that a step further and say, “I should stop exercising! I’m wasting energy, after all.” This is, obviously, the wrong conclusion, one you have been led to by an otherwise-trusty heuristic. Exercising will improve your overall energy and health, raising overall energy and time. We know this from rigorous study and examination over centuries. It is by no means a waste of energy. But if you relied solely on your heuristic of reserving energy for clear, immediate returns, you wouldn’t know that.

Of course, most of us know that exercise is healthy. And yet, many or most of us don’t exercise as much as we should, as often as we should, and, if I may speak for you dear reader, often question why we’re putting ourselves through it whenever we do get around to it. Evolution has done its best in terms of endorphin release and so on to encourage us, yet it’s still not enough for many of us.

This is also why, as we get older, if we change our political stripes we tend to hand in the liberal sash for a conservative one. When you’re older, you have less time and less energy than you did (unless you take up running at 40 after a sedentary lifestyle, in which case you’re stronger than I). You have more invested in the way things are than you did before. Consequently, more of your current lifestyle relies on how things are and have been. You’ve probably invested significant time and energy into making things how they are, and you have limited energy and time to make things otherwise.

But what’s important to note here is that the things themselves have not changed in their merits, or lack thereof. A rational analysis of options (assuming it’s being done perfectly, for the sake of argument) will still lead to the same conclusions, whether you’re 8 or 80.

This is the struggle of the liberal. Status quo bias pushes us to see things how they are as being the best they can be. It limits the range of what we’ll consider because the more radical a notion is, the greater the perceived risk it has to our limited time and energy.

But radical change comes in many forms, from the women getting the vote to the Civil Rights movement. Both faced significant opposition and while racism is unquestionably a huge factor in the Civil Rights movement especially, it’s worth wondering how and why so many people were so racist and so opposed to what, in hindsight, seems perfectly, utterly natural and rational.

There is a gremlin crouched on your shoulder, a gremlin named Conservatism, telling you it’s too radical, too risky, too different. Most importantly, it can even cause one to become conservative about their liberal ideas — unwilling to hear challenges to them or consider how to improve them. That’s not your reason whispering to you, and the liberal must be wise to the difference.