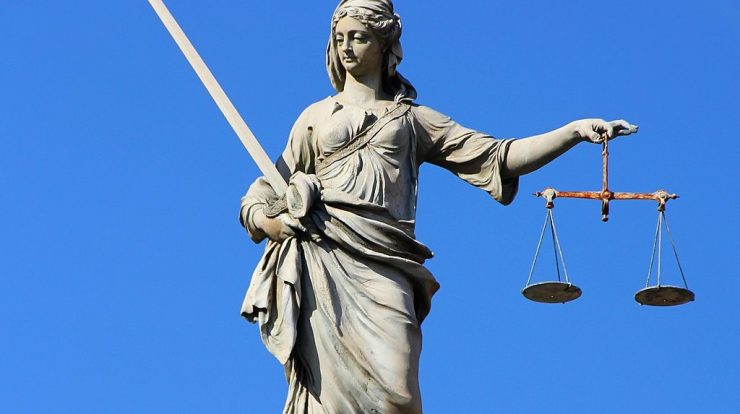 I’m a fan of thinking things through and reasoning for myself. Most people are, to a greater or lesser extent.

But evidence trumps my reason. I make an effort (and don’t always succeed) to allow evidence to overcome my ideas and suppositions.

Public policy doesn’t always behave this way. But it should. Prioritizing evidence is a moral question in both our personal and public lives.

Consider this excellent investigation by ProPublica. I’ll save you the full read if you don’t have time: there are multiple police departments in the United States and Canada that rely on what is essentially mysticism and modern folklore, a truth-telling technique based on nothing but vagaries and specious reasoning. It relies on such breathtaking analyses as someone writing “I have nothing to hide” to decide they’re being entirely untruthful and features such confidence-inspiring endorsements as: “Since January when I attended your course, everybody I meet just walks up to me and confesses!”

“Well,” you might say, “no harm no foul. What’s wrong with giving police another tool in their toolbox?”

I can hardly believe that someone might say this earnestly, but let’s suppose they do. Here’s the problem: it’s a tool that only reinforces existing biases. It is not an evidence-based way of determining whether someone warrants investigation. There is no evidence whatsoever that it has any power to suss out the truth from deception, and anyone with a mind can see that many of its conclusions are, at best, absurd. The idea that someone referencing closing and opening doors was, on a balance of probabilities, molested as a child, would’ve made Freud blush for its preposterous reach. The creator’s use of this tool analyzing a memoir by former FBI Director James Comey meant Comey was almost certainly abused as a child because he made reference to the opening, or closing, of doors more than 14 times throughout. This is by no means the limit of its purported sagacity; you can send out a hundred questionnaires to a hundred people and “in less than an hour, the investigator will be able to review the questionnaires and solve the case.”

This is a huge problem for the criminal justice system. If the cops are dismissing otherwise rational suspects, or pursuing fruitless leads based on a linguistic dowsing rod, resources are being wasted – at best. At worst, lives are being ruined. As the investigation above pointed out, the tool can form the basis of charges, even if it doesn’t survive into the courtroom.

I’m far from the first to suggest belief without evidence is unethical. English philosopher William Clifford argued it immoral to believe anything without sufficient evidence over a century ago. I agree in principle, if not entirely in practice.

It can be difficult or impossible to gather sufficient evidence for everything that someone might believe, when there is otherwise a rational basis for doing so. Fine. It can be a belief that has little or no impact on the world or on your behavior, or so minor an impact on either that it’s not worth your time. It can be a matter so thoroughly dependent on opinion and personal taste that evidence just isn’t relevant. If your child has terminal cancer and you want to try an experimental treatment after all other avenues have failed, I can’t fault you. I can only hope that the experiment is in earnest.

Many of you reading this likely already agree with me without even knowing it. That’s because of a particular phrase: “Innocent until proven guilty.”

Our legal system has, as one of its fundamental principles of justice, adopted the position that believing something and finding someone guilty without evidence is offensive to the concept of justice. It goes even further in criminal proceedings and says the evidence should convince you beyond a reasonable doubt.

Barring evidence suggesting or establishing guilt, the default position is that a given person is innocent of a crime. Until we can prove you have done something, you haven’t done something.

“Fine. In the case of criminal justice, I can see it. But what’s so immoral if I believe something that science hasn’t caught up to?” Homeopathy might come to mind.

The difficulty here is that real-life consequences flow out from a lack of belief in the importance of evidence. It may be that you believe homeopathy is powerful medicine, and that’s fine when you’re merely treating your own cold. It’s quite another thing when your child has been bitten by a dog, and rather than having him be treated with a potentially life-saving vaccine for rabies, you turn to a homeopath with a vial of water. Calling it a serum or solution is disingenuous — the traditional method of homeopathy is to dilute a substance down so sufficiently, through a process of imaginary “refinement,” that by the time the homepath administers it, no trace of the supposed “active ingredient” can be found. Less is more, to its absurd extreme.

I won’t go into vaccine-denial here. There is no evidence vaccines cause anywhere close to enough harm that they come within a hundredth or millionth of counteracting the benefit they have produced. But it is another fruit of a poisoned tree.

Ideas have a place in science, to be sure — but at the beginning of the process. Scientific theories don’t stop at new ideas. The core of science is that ideas are tested by evidence. Scientists set sail with hypotheses, but they return, sun-baked and half mad, with evidence, or they return with the burning wreckage of those hypotheses behind them.

I’m also not suggesting that our rational faculties and initial conclusions driven by sense are worthless or meaningless. How else can we evaluate what constitutes evidence? Physical methods are profoundly convincing, but our minds participate as well. Not to mention that not all things are subject to the evidence test: there may be evidence of how long, on average, liberal democracies survive for, but that has no relevance to their merit.

But a willingness to say, “I will test my ideas or reconcile them with evidence,” is a moral question. Evidence is a neutral arbiter. It will not play nursemaid to our fears or cheerleader to our vanities.

Joseph Conrad, in Heart of Darkness, wrote: “There is a taint of death, a flavor of mortality in lies,–which is exactly what I hate and detest in the world–what I want to forget.” So spoke his protagonist, Marlow. The flavor of mortality is this: a statement, true or false, is a brick in the foundation of the world. The world is not merely made but built, in each moment by each of us. A lie is a false brick, a hollow vessel, but one that will remain steady until shattered by serious weight. Once it does, it threatens the survival of all else built on top of it. But not all lies are intentional. Likely, most aren’t. All falsities look alike, regardless of whether they were made on purpose or by accident. All have the same consequences when they come crashing down.

Let’s take a lighter example. Santa Claus. Yes, yes, only a true Scrooge would tell their children the truth, even I can (maybe) agree with that. But what moment do we dread for children the most? When they learn the truth, as we know they must. When that brick falls, we substitute ourselves in for it quickly, and hope that the whole lattice remains intact. Often it does — not much was built on there.

But imagine raising your children in a cult, believing that the end times are upon you. Raising them with the belief that Jews secretly run the world, or perhaps lizard people. That black people are somehow inherently dangerous. That if only they look hard enough, they can find the Loch Ness monster, despite it having been shown how the modern hoax began.

These are among the dangers of false beliefs. They can be safe so long as the world leaves them alone. But when they are touched, they collapse, and all that was built on them is threatened. And owing to their breach, however wide or narrow, with reality, there are those that will fall through the cracks.

Where the liberal looks out onto the world and seeks to draw conclusions about it and suggest solutions (policy, or otherwise), he must not solely rely on his internal reason. He must be willing to set his beliefs, where he can, against the anvil of reality. They must survive the hammer as best they can — or not.