Home Thoughts and Musings A Clouded Rush to Judgement 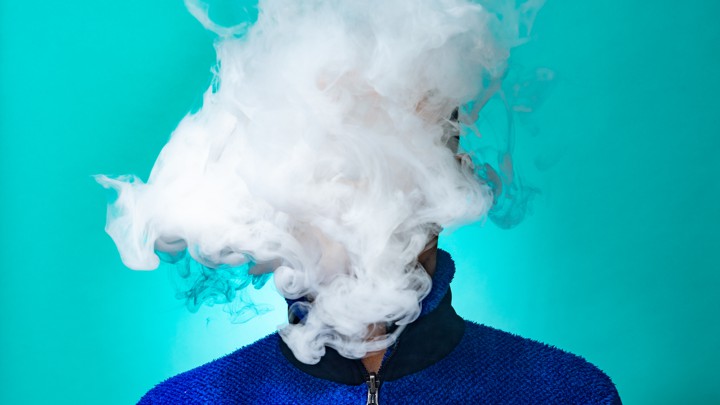 Earlier this month, U.S. President Donald Trump used the anniversary of the September 11 attacks to declare war on the latest enemy: vaping.

Of course, using the “for the children” excuse that often accompanies governments’ sweeping, irrational bans, Trump proposed that all flavored vape juice be removed from store shelves, in an attempt to save us all from what’s being portrayed as a nationwide crisis.

Since late August, government health agencies have been investigating an outbreak of a mysterious respiratory illness, which is being linked to vaping. While no cause has yet been found, media has jumped on the issue, spinning wild headlines of vaping dangers. The Centers for Disease Control and Prevention, aided by state health agencies, have issued the call for all who use vape products to quit immediately.

Let me explain, in one word, why this proposal to ban vaping flavors bothers me so much: lies.

While it’s true that hundreds have fallen ill, and at least 6 people have died, no one knows exactly why; and although the war on vaping is ramping up, early indicators point to bootleg products (likely containing THC)that have been contaminated in one way or another as being the cause.

I don’t believe in bans, by the government, of any kind — even if there is evidence that some products are harmful. The government’s motives, I hate to break it to you, are not about safety, nor about children, but are about money and control.

Now, about those lies: There is not one shred of evidence that any regular vaping product has played into the illnesses that have been reported, and there’s certainly no evidence that candy flavored vape is any more dangerous than tobacco flavored. Trump doesn’t care, though, saying flavors must go if they’re tasty, while tobacco flavors would remain on the shelf under his proposal.

The push to ban flavored vape has been ongoing. I recall (was it a year ago?) that Democratic U.S. Senator Chuck Schumer, of New York, paraded out a group of children, used as props, in order to make the outrageous claim that vaping must be stopped for their future, and that no adult user would EVER touch flavored vapes, which, he falsely claimed, were only for the purpose of luring children. That is demonstrably false, as I can’t stand tobacco-flavored vape juice, choosing, instead a variety of fruity flavors. My current favorite is strawberry. Even in my earliest days of vaping, when product was scarce, I remember standing in line at the local convenience store and discussing with other adults waiting for the same products which flavors they enjoyed. Not one said tobacco.

Prohibition doesn’t work. We’ve seen it with drugs, we’ve seen it with alcohol, and now we are about to see it with vape products. Anyone who thinks a ban is a fix-all is deluding themselves in order to feel good that they’re supporting some type of life-saving difference. Well, they’re not. In fact, regardless of what the government ban du jour might be, what they are actually supporting is death, incarceration, and all other varieties of abuses of adult individual choice and free will. Driving people to the black market for satisfaction of their wants almost always results in supply chains, transactions, and associations with groups that would otherwise be safer and potentially unnecessary within a legal framework.

Never was I offered the free drugs I was so commonly warned about as a child, nor will this proposed ban do anything for the safety ofchildren. My grandmother told me stories about when she was in school — students would sneak to the bathrooms to smoke corn cob pipes.

Ban supporters need to face the fact that the world is a chaotic place. Not only do bans not benefit those who they are intended for, they also hurt those who are not directly targeted by said ban. How many vaping-based businesses will be affected, if not fully shut down, if this ban becomes reality? So much for that free market.

Now, I must go, as my vape awaits me.

About the Author: Brian Hagen

Brian Hagen is an award winning broadcast journalist of nearly 3 decades. He resides in Kansas.