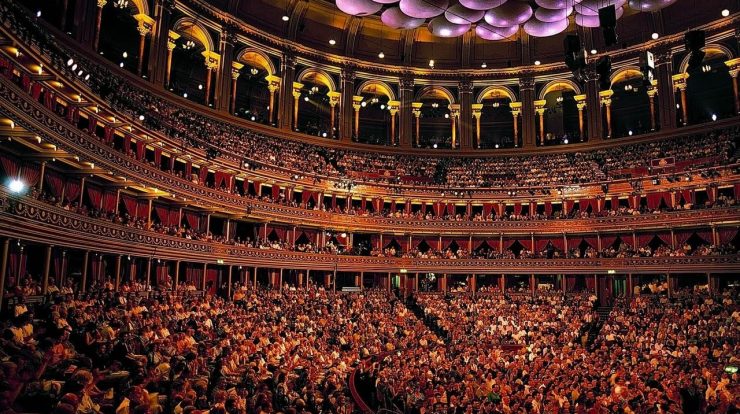 Of the many arguments and stances people use against proponents of virtually unrestrained freedom of speech and expression, none is so persistent as the short and sweet “you can’t shout fire in a crowded theatre.”

This expression is usually employed when people want to take an equivocal position on the idea that speech should not be restrained — “Of course, I believe in free speech, but you can’t…” and they fill in the blank from there.

It’s a shame that people trust this common expression so much, but it is one of those sayings that seems perfectly logical on first mention — one must sympathize a bit with people’s regard to the idiom as “common sense.”

But not for too long.

The expression is so devoid of reasonableness or sense that if someone was to really stop to think and learn a bit about it, they would immediately remove it from their vernacular and cringe with embarrassment when they realize just how confidently they used it.

For starters — what does this expression mean in any real sense?

When you picture what freedom of thought and expression means in a real and practical sense, you, hopefully, think of everything from protests outside a government legislature and debates at public events through to ranting about something on Facebook.

Note that many of the arenas you express your opinion in are under private ownership — where your right to free speech has absolutely nothing to do with your ability to say what you want. Take a private venue hosting a debate for example. The venue that is being rented to host the debate has the right to boot out any event or person with an opinion they don’t like.

The movie theatre where someone shouts “Fire!” falsely and causes a panic is not a case of someone expressing their opinion freely, but rather someone misbehaving on private property and in a completely silly way given the environment. They would more than likely be removed. Using it as an example is no more a discussion of freedom of expression than using Cancun, Mexico, in July as a conversation about what constitutes a good Canadian winter.

Constitutional protections on freedoms in Canada and the United States have absolutely nothing to do with the interactions between people or private entities — they address the relationship between the state and the citizen.

Let’s keep it clear: The police arresting you for having the “wrong opinion” about abortion and handing out pamphlets on the street is a violation of your right to free speech. Being removed from a private venue for handing out the same pamphlets is not.

So, when the crowded theatre example is used and people nod their heads, know that the entire thing is a dishonest and damaging metaphor at best.

Where this expression actually came from is an intriguing case. Even if you’re a person who says they are a proponent of free speech “with reasonable limitations,” you would do well to understand what was considered by the Supreme Court of the United States as speech to reasonably limit when this expression came to be.

In early 1919, the Court unanimously decided that some folks who distributed flyers encouraging people to resist and oppose the World War I military draft at the time were not exercising a form of expression and opinion that should be protected under the constitutional right to free speech. Therefore, the decision claimed, it would be just to convict the pamphleteers of obstructing the draft — a criminal offense.

“The most stringent protection of free speech would not protect a man falsely shouting fire in a theatre and causing a panic. […] The question in every case is whether the words used are used in such circumstances and are of such a nature as to create a clear and present danger that they will bring about the substantive evils that Congress has a right to prevent.”

As explored above, in all practical senses, the idea that you can’t shout whatever you want in a theatre is a non-free-speech-issue truism to begin with, so what’s more interesting to realize about this statement is found in the latter part. This expression sits on top of the fact that the highest court in the United States of America at one point decided that actively encouraging people to resist and be against a military draft with a bunch of pamphlets constituted a “clear and present danger” of getting in the way of the government’s ability to proceed with courses of action that prevent “evil.”

Putting aside the nonsense in this statement — that is, the implicit assumption that the government is, by default, an incorruptible force for good as an institution fighting evil — we are left with the reality that the Court decided that the pamphlets went beyond a simple idea and had the potential to cause action — the wrong kind of action.

In this case, the ideas and action the pamphleteers hoped to bring about were the recognition of a military draft as involuntary servitude, and men resisting being shipped off to military service involuntarily.

But what good are ideas if they don’t appeal for a change of conscience and encourage action on certain issues? Obstructing the draft was a crime, yes, and the Supreme Court agreed that pamphleteering against it counted as “obstruction” and posed a “clear and present danger” to the fight against evil, but surely most of the Founding Fathers of the United States didn’t think that political resistance against government action was unjust in all cases and that the authorities always had final say on political matters that involve compulsory action of the citizenry — the Bill of Rights speaks to their fear of such overreach onto someone’s person and opinions.

Interestingly enough, in late 1919, Holmes was of the minority opinion in a later Supreme Court case, where he felt that pamphlets that advocated for a general strike and a stoppage of manufacturing of weapons intended for use against Soviet Russia (to impede the revolutionary changes) were within the bounds of protected speech. The judges on the majority side decided that this was not protected speech and drew upon the “clear and present danger” precedent that Holmes helped established.

Holmes said that those accused in this case didn’t display the intent that warranted conviction.

It can be said in the very least that Holmes felt the need to elaborate on his initial opinion, and, if one were willing to reach, it could be said that he realized that he helped set a dangerous set of wheels in motion with his earlier one. Nevertheless, he acknowledged that people were pushing hard on a door that he helped open, and there has been scholarly debate on whether or not he changed his opinion in the course of time between the two Supreme Court decisions.

The sad end to this story, at least as far as Holmes’ legacy is concerned, is that his opinion in either case was replaced with a new standard on protected speech still used today. Established in 1969, the Supreme Court held that speech could not be punished and should be protected under the law unless it incites a violation of the law that is both imminent and likely. To this day, only one case of speech met this new standard and was deemed unprotected speech.

I daresay that with the new standard in place we are left with the reality that falsely shouting fire in a crowded theatre, if it were an issue of free speech in a public space (which it is not) that we had to decide on, would fall on the side of protected speech in the United States — it’s akin to falsely shouting “government conspiracy” while spreading lies about vaccines: stupid and wrong, but protected.

The “fire in a crowded theatre” metaphor is lazy, and its pedigree is rooted in a legal decision that is no longer regarded by the Supreme Court of the United States as a solid standard regarding the parameters on freedom of expression. It shouldn’t be used by anyone making a serious case for restrictions on free speech, and free speech absolutists shouldn’t have to waste their time dismantling the expression.

The new rule-of-thumb saying should be: “You can say what you want, but you can’t directly incite breaking of the law.” More of a mouthful, less graceful, but a little more accurate.

Of course, this new standard brings up moral questions about what’s to happen to you when you’re encouraging someone to disobey a law that’s unjust — but that’s for another day.