Home Thoughts and Musings Social Justice and the Social Dictator 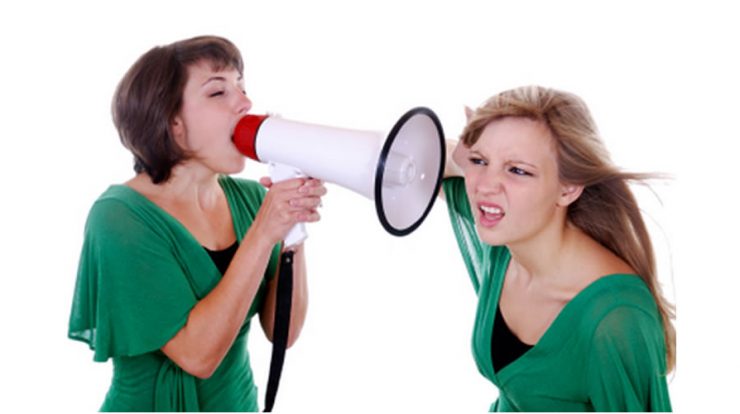 Everyone seems to be able to agree on the word “justice” — until you put a modifier on it.

On the one hand are those repulsed by anything from expressions of basic decency or sympathy to discussion whatsoever of institutional racism.

You can often find the people I’m referring to on the Facebook pages of local news stations. They spend a lot of their time angrily calling people “snowflakes.”

In January, I watched some guy named Patrick rip some lady named Sue a new one. Sue was happy that the buses were cancelled because of how cold it was. Patrick wasted no time explaining to Sue about how no one cared about that kind of thing back in the day and how the kids today don’t… well, I don’t even need to finish this story, you get it.

Where the rubber should meet the road when it comes to topics on social justice is at discussions on what to do about injustices. Unfortunately, many trains of thought have not quite left the station on the idea that social injustices even exist. To many, anyone mentioningsocial injustice is just a complainer, not thick-skinned enough, some left-wing nutbar, or what they derogatorily use to sum up all of that — a “social justice warrior.”

This other side of the anger spectrum is home to the social dictator. I say “dictator” because their tactics most often concern themselves with cleansingconversational spheres and platforms — whether it be social media or a local town hall — of ideas and opinions they deem completely unacceptable. They are unabashed in thinking they alone have the total solution to almost every problem you can bring to their attention.

Some would love you to believe that most of the social dictators exist under the big tent of left-wing belief, but make no mistake — very potent versions of this sort of thing exist in all camps. I’ve spent enough time dipping in and out of various conversational circles to confidently attest that “the right” has plenty of this kind of people worth calling out — lots of groups have their little bible of beliefs and talking points, and anyone wavering from those is liable to have their group membership card revoked. Whether camps on “the right” like it or not, they have their own ideas and versions of social justice that they go to bat for.

Spend enough time with either of the social dictatorwings and you begin to realize that there are many tactical similarities between them.They may differ on ultimate policy goals, but they all certainly leave you with the impression that their politics leaves no room for those who differ on any moral or legal issue. Pluralism is not something these people live for.

The dictatorial approach isn’t a principle in and of itself, but a tactic — a style. It’s a style liable to do more damage to their own side than the other as they obsess with member litmus and purity tests rather than spreading ideas.

Social dictators also present a real problem for people theyshare policy or ideological goals with in another way — they create a great caricature for ideological opponents to make fun of and trash (rightfully so), but also completely taint the appeal of their ownideas by association. After all, if you have unrelentingly aggressive individuals as self-appointed spokespeople for certain views, it shouldn’t be a wonder why the “average person” gets put off from the discussion entirely.

All of this culminates into a whole lot of nothing. The loudmouths and squawkers drag everyone into long, drawn-out discussions of what form and approach to a conversation is appropriate; debate over what is and is not appropriate to think from a strictly aesthetic perspective; and so, the principles and core issues are rarely, if ever, discussed.Observers are treated to name-calling by someone who, to anyone paying attention, is visibly pissed off andtrying to pretend they’ve done a good job keeping their cool and saying that the otherperson is reallythe problematic one.

The ultimate damage is, of course, that the issue that was meant to be discussed in the first place never is, and those whosupposedly care so much about that issue shoot themselves in the feet — while they’re busy trying to sort everyone else neatly into a tribe or under a label that they can write off or endorse wholesale, the majority of politics presses on without a hitch while the “real issues” are, yet again, left unaddressed.

Topics on “social justice” have a bad reputation that precedes them for a variety of reasons. Not the least of them are the tedious personalities whose self-appointed mandate is removing the wrong opinions from the conversation.

It’s important here to make the distinction between, in the one instance, refusing to engage with someone on a particular topic and, on the other, trying to completely clean out an arena of conversation of opinions you disagree with. If someone is not at the point where they’re accepting of specific axioms (it’s hard to talk about preventing another Holocaust if the person you’re talking with doesn’t think one happened to begin with) then the work lies in bringing them in agreement with those axioms.

It also bears mentioning that discussing something with someone doesn’t mean you accept their nonsense assertions to any degree — engaging with a Holocaust denier doesn’t mean accepting their claims.

Any serious conversation that could be had surrounding topics on social justice should start from what should be accepted as axiomatic: Recognizing that there are injustices and inequalities in societies — whether they are institutional, such as the disproportionate effects of certain laws on minority groups or those with lesser income, or circumstantial in the simple fact that the way the chips fall when it comes to the distribution of privilege and opportunity among people is rarely equitable and solely based on merit.

And ultimately, someone concerned about social justice should actively seek to fully understand the causes and realities of the injustices that concern them and be able to discuss the solutions — political or otherwise —for which a good case can be made that they will be helpful.

When it comes to justice, social or otherwise, we should all be warriors — trained and armed with the equipment necessary to grapple with the reality that is a non-perfect world. Screaming at each other angrily from the sidelines and cheering on those whorhetorically “destroy” and put opponents “in their place” won’t do anything except make you feel good — and it’s a fleeting feeling.