Home Thoughts and Musings Sorry, You’ll Have to Find Your Own Identity — Canada and the U.S. Don’t Provide It 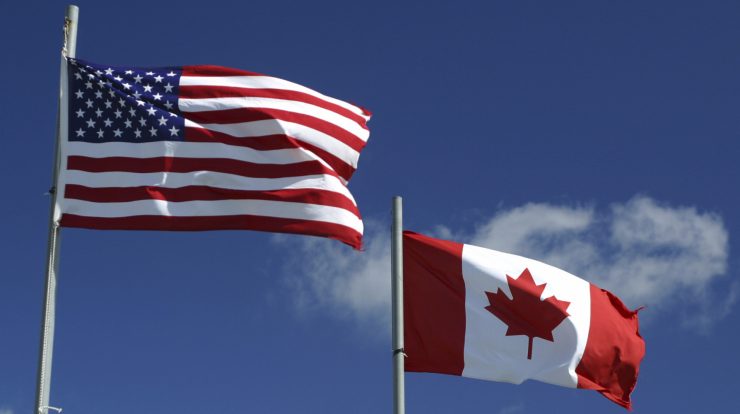 There are many folks on both the right and left, specifically those who identify with (or are sympathetic to) populist movements, that want to make a strong claim on what they believe to be the true, real, or proper Canadian or American “culture.”

On the surface, they claim to be proponents of certain “Western values” — e.g., democracy and free speech — and opponents of those who are against those values. However, if you dig a little deeper you’ll find that this bag of supposed Western liberalism is in actuality full of, at best, attitudes that “outsiders” don’t need to come here, and at worst, outright racism.

What is true is that Canada and the United States — the States especially — root themselves in the soils of liberalism and Western philosophy. If that’s all people mean by a Canadian and American “culture,” that would be fine and accurate — but that’s not what they mean.

What they actually mean is that they believe they have what they feel many countries and peoples of Western Europe and elsewhere say they have — a claim to their country and a right to governance (or services from the government, etc.) that is a higher and more valid one than “outsiders” or newly landed immigrants have.

Again, an appeal to shared Western values is not mainly at play for these folks — they intertwine their opposition to “outsiders” with preference to certain racial, religious, and ethnically cultural elements. Ultimately, these folks in Canada and the U.S. think they have a particular ethnic, cultural, or religious background that gives them a stronger historical claim to the benefits and rights of residency these countries bestow on them, over and above what those seeking citizenship have.

So, in chorus with their European, culturally conservative and anti-immigration brethren, many in the two most Northern countries of North America stand on what they view as impenetrable and inescapably just logic: Poland is for the Polish, England is for the English, France is for the French, Italy is for Italians — so why shouldn’t America be for Americans, or Canada for Canadians?

This stance does not, and will never, hold any water.

To make it hold any, one would first need to demonstrate what a “proper” American or Canadian is in a particular cultural or ethnic sense — which is impossible.

The difference is simple.

Being Scottish in Scotland, Italian in Italy, or English in England is a matter of both ethnicity and citizenship.

Being Canadian or American is purely a matter of citizenship and shared values.

Someone who is German can be born in Canada — making them a Canadian citizen with German “blood” — but the reverse can’t happen.

However, is there anyone with “Canadian blood” or “American blood” whose family happens to have been in Germany for a few generations? Or anywhere else for that matter? No.

That’s because there is no Canadian or American “blood.”

Canada and the U.S. were constructed with the idea at their cores that people from around the world could come to these countries to coexist and make a better life for themselves and their families.

To be Canadian or American is to share and agree upon a base set of ideals and values, and to be considered a citizen of either country — and that’s where it stops. No additional ethnic, religious, or cultural questions need to be raised or wrestled with.

When it comes to religion specifically, for example, the founding documents of America make a testament to the great liberal principles of pluralism and secularism by explicitly prohibiting the federal government from making any law that with respect to any religion, nor can someone’s religion be a factor that enables or prevents them from being elected to, or working in, a federal government position.

Certain people may dislike this sort of thing, and those who do often flail and try to insist upon their very nebulous idea of what a “proper” American or Canadian is by explaining what Americans or Canadians look like, how they worship (or don’t), etc.

Someone once wrote Ronald Reagan a letter, and he shared a portion of it in a speech in 1988, and it said:

Those who need some sort of tribal or collectivist validation for their own identity and existence seem to find this to be some sort of curse. They can’t point at folks who aren’t like them, label them as the “others” who aren’t “truly” American or Canadian because of differences in language, religion, or food preferences, and blame them for anything negative that happens to their group.

However, anyone who considers themselves a truly liberal person should look at it as the highest of blessings that Canadian and American cultures are essentially frameworks of values, rather than an instruction manual with ethnic and religious prerequisites.

In these countries, everyone can be left alone to pursue their own dreams, goals, and worldviews while tolerating (but not necessarily accepting or agreeing with) the dreams, goals, and worldviews of others. These are places where you forge your own identity because there is no template. You live your life based on what matters the most to you and your family under the big and diverse tent of “Canadian” or “American” citizenship.

That tent is strongly supported by principles such as the rule of law, belief in equality of all human beings and recognizing them as individuals, representative government, free speech, freedom of religion, and skepticism of government power and those who obtain too much of it. And if that’s what you feel compelled to call “our culture” and nothing more, then I’m right there alongside anyone who feels that way.

Of course, if you don’t like the idea that the colour and features of the face of Canada or the United States isn’t fashioned in exactly your image, you can always leave and go to the country that more closely resembles your family’s ethnicity and culture — look back in your family history enough and you’ll find that country, but it’s certainly not here.

*There are of course odd exceptions to this rule. For example, if you are born in Italy but both your parents are American citizens and at least one of them has resided in the United States at some point in their life, you have a claim to American citizenship. However, these are the complexities of citizenship and how that jurisdiction can be extended to someone by birth and are not in contradiction to the main set of ideas presented in this article.