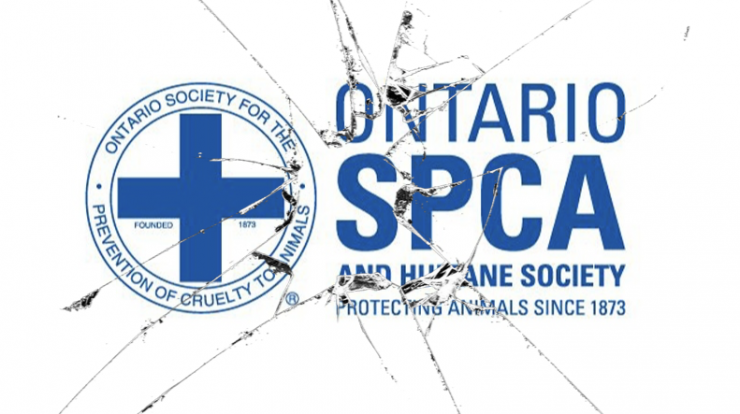 In Ontario, animal rights legislation is enforced by an organization called the Ontario Society for the Prevention of Cruelty to Animals — A private organization, not subject to all the same oversights as the police. Created by the province to enforce animal protection legislation, it nevertheless functions at arms-length, setting its own parameters for training and policing officers internally.

A property rights group recently won a charter challenge against the organization, arguing that it violated the Canadian Charter, because it is not subject to oversight by the public. The Ontario government has since appealed.

The initial decision made some people very upset. It was taken, by some, to be a victory for animal abusers. After all, undermining the organization that protects animals means we’re not protecting animals properly anymore, right?

As the OSPCA itself felt obligated to point out through its lawyer days after the news broke, the legal challenge wasn’t against the OSPCA. It was against the legislation that governs it.

Consider, for a moment, the judge reviewing the case. Should we assume that he hates animals, or is at least indifferent to them, that he would weaken their protections? Well, we might, if that’s what was happening. It is not.

The challenge and initial ruling gives the province a year to introduce transparency and accountability to the OSPCA — standards it was not obliged to meet under the old legislation. Without those standards, the argument goes, the public cannot be reasonably confident that the OSPCA is doing its job.

The OSPCA has to solicit donations to fund itself, and is also a de facto law enforcement agency. This can create a conflict of interest — where the OSPCA has the incentive to press charges and seek convictions to convince its donors it’s doing a good job. The public has a limited ability to audit the OSPCA, since it is not subject to freedom of information requests; they are none the wiser.

The manner and methods of the OSPCA, its investigations, and its prosecutions were left unchallenged. This was done explicitly, to preserve the OSPCA’s function of protecting animals. What’s being suggested is to make it a requirement, rather than a suggestion, that the OSPCA be transparent and accountable to the public.

What’s to be taken away from this?

A law and system of authority could be fixed. The net effect is that, if the proposed changes are made, the public can be confident that the OSPCA is doing its job under the proper incentives, as we should expect it to. With the changes, any citizen can examine what its activities are, how it spends its money, and who gives it money to do its work. These are good things. Ask the Ottawa Humane Society; they agree.

Even if we agree with an organization’s actions or its mission, fixing broken or incomplete laws that govern them is good — especially if those laws are important moral imperatives, like protecting animals from cruelty. Improving laws and institutions improves their ability to achieve their aims.

If someone challenges a law you support, don’t assume they’re out to destroy it, unless of course they say so. It’s worth taking the time to see what they’re doing, and what it means. Who among us would accept a law against murder that “mostly” worked? Or an agency designed to prosecute murderers on behalf of the public that made its own rules about how to catch them, and refused to share those (or how its funded) with the police or the public?

If you’re a liberal, you take it as a given that we as a society can agree to delegate certain issues to our government to handle, and decide how it ought to do that. If we all get together and decide that we want to protect animals, is it not a given that we want that done properly? And if power was delegated improperly, is it not a given that we ought to fix that? If we set up a system and we can’t actually keep an eye on it to make sure it’s working, shouldn’t we change it so we can make sure it’s working how it ought to?

This is an examination of principles. Does the OSPCA Act work in principle, in its mandate to protect animals? Well how could you tell? The public can’t be sure that in a given scenario, that’s what the OSPCA was doing. We had no way of knowing. Now, we might, if the law is fixed.

For those concerned about the protection of animals, take heart. Their shield was damaged. It may yet be repaired — and we’ll also know exactly how they’re using their funding.