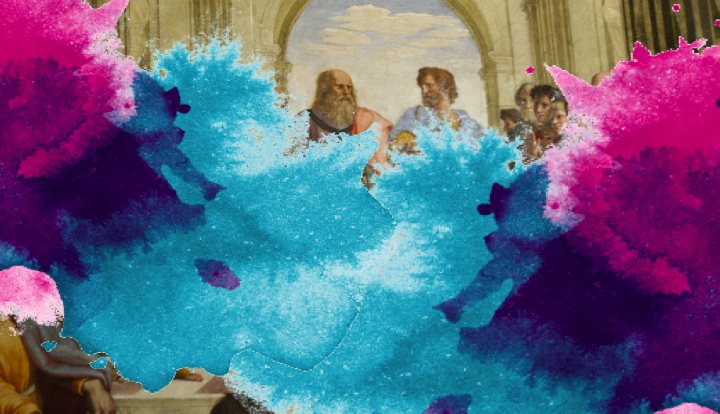 YouTuber, political commentator, and once academic philosopher Natalie Wynn says in one of her videos:

“The 21st century is an aesthetic century. In history, there are ages of reason and ages of spectacle, and it’s important to know which you’re in. Our America, our internet, is not ancient Athens — it’s Rome. And your problem is you think you’re in the forum, when you’re really in the circus.”

When pressed in an interview with The Economist, she elaborates by saying:

“I do think that it’s a more realistic way of understanding what the biggest platforms of our political circus are like. If you approach presidential debates or political media as if you’re Plato and Aristotle arguing at the agora, then you’re really naive because that’s not what’s happening, that’s not what a debate is.”

Natalie’s point summarizes what many of us know and feel to be true about politics.

From a political perspective, this observation is indisputable.

Those who want to “win” in American or Canadian politics today, and for the foreseeable future, depend on this principle of aesthetics. Emotions must be appealed to. Candidates are often judged on things like their “reliability” and “character,” leaving the ideas they’re bringing forward as secondary.

Setting your heart on fire, the politicians rightly bet, will cause you to fall in love with the idea that YOUR favoured candidate could be the person in charge, and presumably, all will be well from there. This means you will hate the very possibility the other candidate could win, and all of this will swing your vote one way or the other.

Although this may be a fact of electoral politics for now, I hope it doesn’t become a fact that people are too happy with, because it ultimately determines how information is presented to them and how their opinions are formed. Many fancy the idea that, at the end of the day, places like Canada and the U.S. encourage the people to think their political opinions through. But it is undeniable that almost all are awed by the spectacle of an elephant performing and easily forget the narrow cage it lives in before it’s put on display.

Indeed, according to Wynn, we don’t live in an “age of reason” and hearts may be the most important — even if they don’t come with minds. However, it should always be remembered that the lesson we pull from history’s ages of reason tell us that there were times when the opposite was not only looked at as good, but honourable.

The idea that your mind could be convinced of something where your heart once told you otherwise was the mark of both an educated and reasoned person, even if the heart still lagged behind the mind for a while.

Thomas Paine, the 18th century liberal, writer, thinker, and American Founding Father explained that only reasoning and reflection create opinions. Until such reasoning and reflection is done, all you have are prejudices. We should take this distinction seriously as the tactics of politics continue to cheapen throughout our current age of spectacle.

The idea that people are more than happy with both giving and taking views that are merely superficial, and sound right to their gut feelings and emotions with no check and balance provided by their minds, is quite concerning. For people to give way to this completely has demonstrable consequences. With only the heart as the guide, history has seen the rise of collectivist and poisonous beliefs that have resulted in massive affronts and atrocities against individual rights and vulnerable groups — and I haven’t even mentioned wars yet. People who fancy themselves liberal tend to not look at the rise of Italian fascism as a movement based on reasoned opinion.

The average person wants to be left alone to do their own thing, and recognizes politics as a part of life (big or small), but not something that encompasses their entire life.

On the other hand, there are people for whom politics does encompass their life. Selling you ideas (or, as we’ve established, sentiments in this age) as a means to get into positions of power is their job.

As practical and necessary as it is to acknowledge Wynn’s point on aesthetics, it doesn’t mean we have to see it as acceptable. It is equally as necessary to truly understand and concern ourselves with the fact that people leverage these aesthetics as means to ends. Whether or not they’re doing this with good intentions, they are doing it, and the ultimate result is your delegation of certain powers and authorities to them — many of which can directly affect your life, liberty, and property.

Today, the heart may be what the politicians want, and they may have little concern for your mind, but you certainly should. No matter what your heart is set on, only reason can help you form an educated opinion on where you stand on certain issues, what their effects are, and how they impact the long-term health of a liberal society.

When the circus is over and the ringmasters and crew pack up their tent, you’ll want to feel like you have something more to show for it than an empty box where the cotton candy once was.